Heading to Miami soon? Of course you are; with endless stretches of beach, celebs popping up everywhere and a whole host of clubs, who could say no?

Here are eleven tips I learned on my trip that might come in handy when you’re trying to slay in Miami, while still finding  enough money to eat and drink. Oh you thought I meant the other kind of thirsty? Nah.

1. Bring looks not pieces. One nice dress will not cut it I’m afraid, bring options and then other options for when those options don’t work out. You will always see that group of girls completely wasted in flip flops and sarongs in the club – don’t be them – we’re trying to get into the club for free honey, who knows how much they paid.

2. Hang out on South Beach during the day. As you’re lounging on the beach, promoters will approach you and hand you their flyers, keep them all plus the contact details and then review them later, when you can see who’s offering the best deal.

3. You don’t need to slay during the day. Obviously depending on where you’re going and what hotel you’re at, but it’s exhausting trying to slay 24/7 – save the makeup, heels and curling wand for the evening.

4. Pre-drink. Drinks are around $20 in the club so if you do want to drink, you might want to do so before you get there.

5. Uber is your friend. We had some absolutely hilarious uber encounters on our trip and some infuriating ones, but it’s way cheaper than a yellow cab and you can split the cost with your friends using the app.

6. Don’t get sick! Because of the ridiculous amount of air con in Miami I got sick pretty quickly, I could’ve probably avoided this by wearing more layers and topping up on vitamin C before the trip. 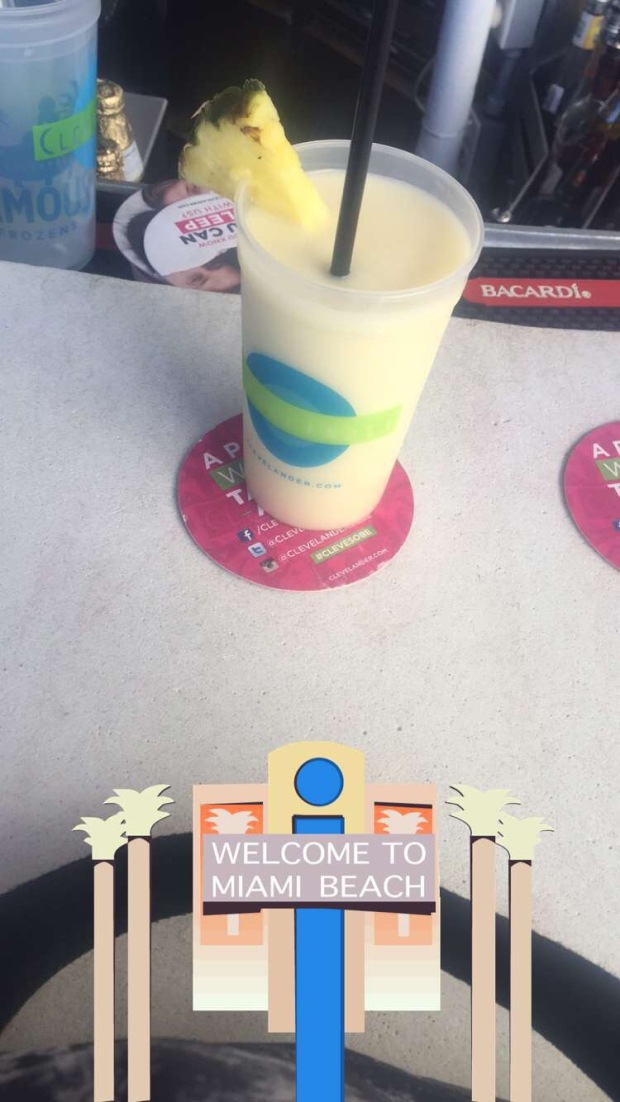 7. Plan your days. Make sure you have an idea of what you want to do each day otherwise you will probably find one spot you like and keep going to it, the best holiday planner in the world aka my friend Nikki made ours.

8. Do other fun stuff. Clubbing is great but there are so many other things to do, there’s an outdoor cinema, outlet mall and jungle safari (y’all already know I didn’t go anywhere near those animals, but the others did).

9. Be on time. No, really. When it comes to getting into clubs they don’t play, you will need to be there by 12:15/12:30 and by the time you have all changed outfits three times and found your uber, that’s not that much time left after your post-beach nap.

10. Leave *some* of your pride at home. No matter how much of a big deal you are in London, there may be a night when every other person in the club is in the VIP section and you and the girls are relegated to the walkways like lost thirsty lambs.

It’s ok, VIP is always way too crowded anyway. Create your own party in all the free space. Obviously don’t leave all your pride at home, I don’t want to see you participating in a any twerking contests.

11. Listen to the radio. Some nights the music we heard on the radio was better than what was playing in the clubs, there I’ve said it. Our apartment had its own radio and we listened to Power 105.1 mostly.

Need more advice? Tweet me @PhoebeParke and I’ll do my best to help.

One thought on “The thirsty girls’ guide to slaying in Miami ”