I have no interest in being perfect, but I am interested in being humble.

Remember that time I told you about how I fell down the stairs at a very well-attended party?

If not, let me summarise for you: Picture the scene, I’m at a party with (what seemed like) a million people I went to University with, and other friends of friends, and I’m having to pretend that I’m feeling myself big time, because, for a number of different reasons, I feel insecure.

So there are these stairs at the house party, leading to the upstairs bathroom, and as I go up them a guy approaches me and tries to help me up the stairs. Unfortunately instead of accepting the help (I was in heels) I publicly pushed him aside in front of all his friends and continued on my way. 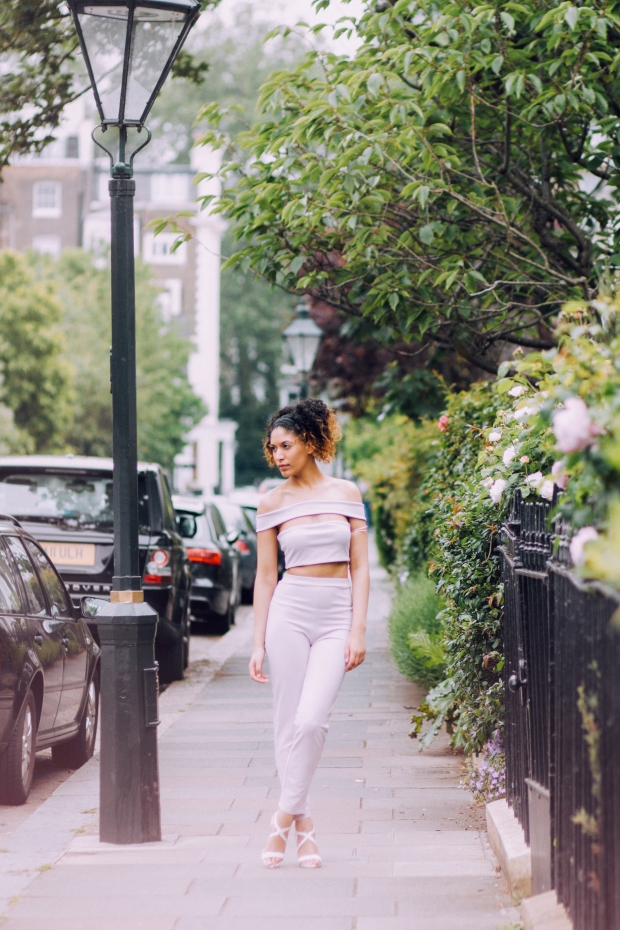 On the way back down those same stairs, partially due to a loose fitting carpet (that’s my story and I’m sticking to it), I fall down half the flight of stairs. For some reason the music stopped at that exact moment, the guy who had tried to help and his friends burst into uproarious laughter, and I sat there, among the now off-centre picture frames, wondering where it all went wrong. 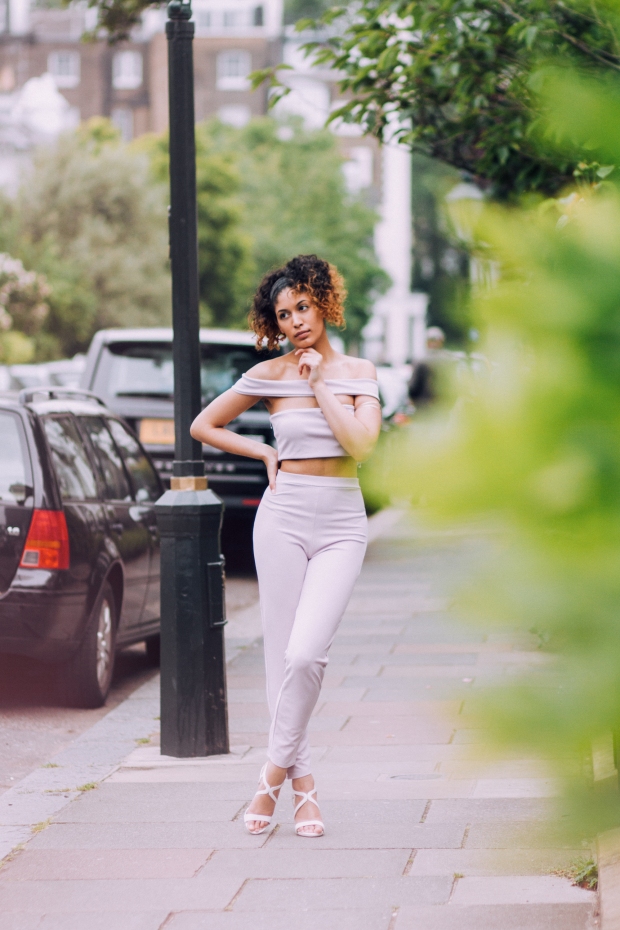 “What does this have to do with the jumpsuit you’re wearing?!” I hear you cry. Well I was wearing this jumpsuit, and these white heels at that party, and I wanted to change how I felt about the outfit by wearing it again someplace positive.

That someplace positive was a photo shoot, just for me. As a model I’m used to having pictures taken on a runway, or while I pose in a studio with other models, but this shoot was different. I stepped out of my comfort zone, and refused to play small.

After I decided to give up going out and start investing in myself instead, the first thing I bought was a pop up changing room (hear the story of how I set it up and used it from 34:40 of this podcast) and the second thing I spent money on was a photographer so that I could shoot outfit posts like this one.

By the way, if you’re trying to break a habit, write a public blog post about it and your readers and friends will hold you accountable! 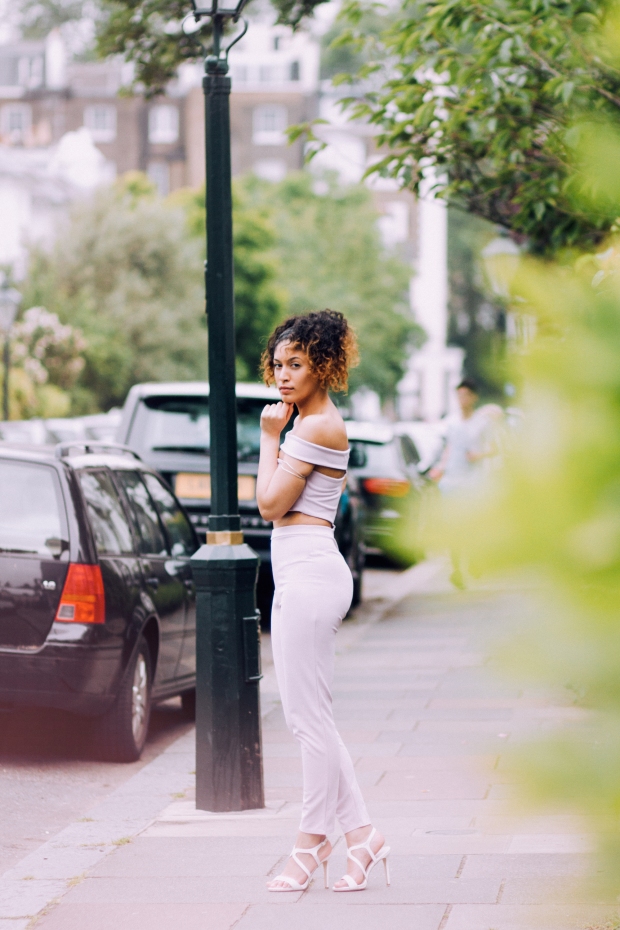 TLDR version: The next time a guy offers you help, don’t assume he’s coming on to you, just accept it.

See how the outfit in this post was shot below.

Credits:
Photography by the talented Gabrielle Cooper
Encouragement, banter and behind the scenes video by Asia V